The Village of Marble Cliff Ohio 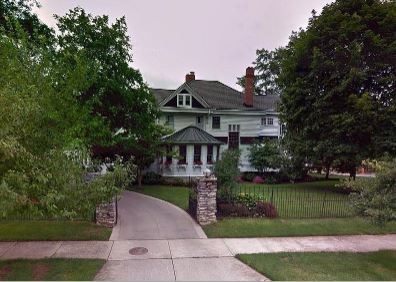 Marble Cliff is located south of Upper Arlington, west of Gladdington Heights and north of the Aladdin Club just a few minutes outside of downtown Columbus. Technically called a village, this community in Franklin County is home to just about 600 residents. It was one of the first suburbs of Columbus settled in 1890. It was originally incorporated as the "Hamlet of Marble Cliff" in 1901. It got its name from the Marble Class Quarry company which is still in office today. Most of the villages public services are provided by Grandview Heights, including the police and fire department and its included in the Grandview Heights School District and the public library.

Marble Cliff is just 175 acres nestled south of W. 5th Ave. and continues to grow with tree-lined streets, charming homes, churches, multifamily properties and retail businesses. There are about 50 businesses located within this village and Marble Cliff has been named as one of central Ohio's best neighborhoods and top places to live in one of Columbus Monthly issues. The article mentioned the villages friendly feeling, sense of safety as a strong sense of activity.

The town of Marble Cliff offers senior citizen membership discounts, annual holiday parties, and a variety of scholarships and incentives. There are several parks in Marble Cliff including the Paul J Falco Park and Tarpy Woods. Although dogs are not permitted in these parks they are open year-round from 6:00 AM until 10:00 PM and feature playgrounds and walking trails. Marble Cliff also has several recreational programs including spring, summer, fall and winter programs throughout the Parks and Recreation office of Grandview Heights. These include summer camps, classes, exercise programs and more. Youth programs also benefit to the Grandview Heights parks and recreational department.

One of the most prominent residential communities is Marble Cliff Comments. Situated on 30 acres on the edge of Grandview Heights, this beautiful community features a state-of-the-art fitness center, outdoor swimming pool, a movie theater and a 7000 ft.² community center with 24-hour access. These homes are nestled close to the Scioto River and just five minutes from downtown.

Marble Cliff is a wonderful place to call home! I look forward to talking with you soon about this great location!